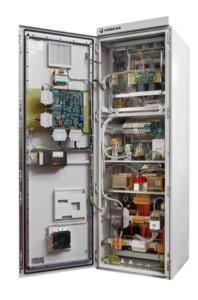 Last week the engineers of Končar-INEM as a subcontractor of Končar-KET successfully commissioned two converters KONTRAC PN30AC in railway stations Pazarić and Raštelica in central Bosnia. The stations are located on part of railway line between Sarajevo and Konjic – this railway line is a vital part of railway which connects Sarajevo with Mostar and Luka Ploče.