The main features of the system are:

Unlike standard UPSs, which are compact, integrated in design, industrial UPSs are designed based on standard independent rectifiers, inverters, static circuit breakers and batteries. Rectifiers and inverters are modular and operate in a redundant parallel configuration, which further increases the reliability of the system.

In case of inverter failure, the static switch automatically switches over load supply to the mains.

The battery is a key component of reliability and availability of power supply. The system KONIS-PI provides  all the time battery charged and its recharging by precise DC voltage without ripple.

The operation of the power supply system is controlled by a microprocessor control unit, type KONLOG. It manages the system in real time and enables parameter setting, local and remote insight into measurements and signaling. It is possible to communicate with the station computer, dispatch center and specialized service center, which greatly contributes to reducing maintenance costs and to additional increasing the reliability and availability of the entire power supply system. 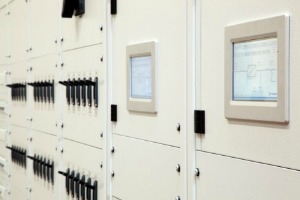 Contact us
KONČAR INEM is leading regional manufacturer of Electronics and power electronics devices and systems for Energy and transportation sectors and ICT solutions.
If you have any questions about our products, please do not hesitate to contact us!
Contact us
www.koncar-inem.hr uses cookies to improve the user experience and ensure that it is functioning effectively. By using this Website you agree to our use of cookies.